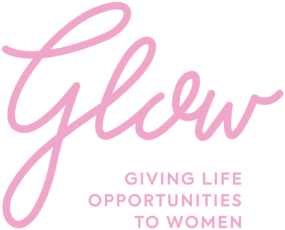 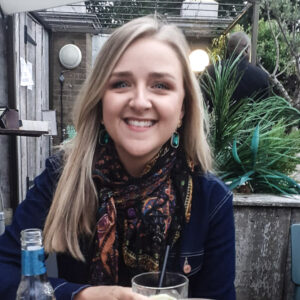 Phoebe Tansley is a survivor, feminist, activist, and the founder of Attacked Not Defeated. In this blog she talks about her experience of living with Post Traumatic Stress Disorder.

It is predicted that one third of sexual assault survivors will develop post-traumatic stress disorder, usually referred to as PTSD. Like all mental illness, it is often not widely recognised as a medical condition and the effects of it are rarely discussed or understood thoroughly.

Below is an extract from the UK National Health Service website describing PTSD:

PTSD is one of the only mental illnesses which is not caused by a chemical imbalance, but by a physiological and psychological reaction to an actual event. This makes it difficult to treat and impossible to ‘cure’, until memory-erasing treatment is invented (hurry up scientists.)

That is where my academic knowledge on the subject ends, as I am not a psychiatrist and have never studied PTSD in any depth. I have, however, lived with PTSD for two years. As the founder of AND, I have made no secret of the fact that I am a survivor of rape.

I have always endeavoured to only speak about my personal experience of rape when it can aid another person’s recovery, add value or strength to any research or project, or empower other women.

I see my own experience and the experience of the women who AND is reaching out to as entirely separate.

The reason for that is that I have the privilege, being born in the United Kingdom, to have access to free health care from the NHS and professional support from one of the many rape crisis centres which exist in the UK.

I do know the feeling of helplessness, violation and profound fear. But I do not know what it is like to have to get up the next day and take your wounded body, your shattered spirit back to work and pretend everything is fine. I do not know how it feels to have to hide the ordeal from your family or friends out of fear of not being believed or of being ostracised by the community as a whole.

To understand PTSD is to understand the experience of the survivor. So this is one of the rare occasions where I shall open up about my own experience, in a bid to illuminate the journey of recovery on a day-to-day basis.

Let’s start with a few simple facts about me which are true of the last two years.

This might come as a surprise to those of you who have only witnessed me as the founder of AND, and not on a personal level. That’s because I have managed to compartmentalise my own recovery. I see it as self-preservation; the only way that I can actually do my job effectively. I have been splitting myself in two for two years.

But when I close my computer down and become Phoebe the survivor, my life is still very much plagued by this rotten condition. One of the toughest things about PTSD is the lack of a time limit on it. I was raped two and a half years ago, but for the first six months following my attack, my mind did not process it.

I would roll off the story of what happened to me like I was reading out the synopsis of a scary movie. My brain was essentially protecting itself and the rest of me from the horror of what I had just been through.

A few months after my attack I returned to Uganda and my brain started spilling out small details to my conscious self. I started to register images, sounds, smells and muscle memory. My brain seeped the information out drop by drop, so that it didn’t overwhelm me.

What it did do, though, was eventually make me lock myself in a room for 90% of the time for about eight months. I did go out, when I had to, after securing pre-arranged transport and an itinerary that I was comfortable with. But I lost my social life completely, stopped speaking to my family, and had approximately three people who I trusted enough to be alone with (Eddy, Shay, Sabia – thank you). It was a very, very horrible and hard time.

After about six months of this I went back to the UK to see the doctor because I was so miserable. They sent me for an urgent psychiatric assessment and the diagnosis came back as post-traumatic stress disorder with delayed onset. I was put on a hideously high dosage of Prozac which made my entire body vibrate and my vision impaired, and swiftly decided that meds were not for me. Instead I use a beta blocker called propranolol for when I can feel a panic attack coming along.

Over the next year, I returned to Uganda several times. Each time I tried to live my life as a fully functioning member of society in the country where my job, my home and my partner all were. But I realised that to stay there would be to ruin my personal view of the country that I had once loved so deeply and would have a negative effect on the work I was trying to do with AND.

So I moved back to the UK, left my entire life behind me and tried to figure out a way of starting again. I now travel to Uganda twice a year or so to work on AND matters, and I use these trips as opportunities to try and rekindle that love and rediscover the delights and beauty of Uganda. It’s a process, and I will get there.

I went through 16 weeks of rape crisis counselling in 2014. At the end of my stint, the counsellor noted how much I had improved. They congratulated me for having the confidence to walk to the bus stop at the end of my road as late as 9 o’clock at night. I felt absolutely ridiculous. But that is the reality.

I left counselling feeling positive, knowing that I had overcome a set of important hurdles and feeling that my PSTD symptoms had slightly alleviated. A week later, I found myself sprawled across the floor of the landing in my childhood home; full face of makeup, top half of me dressed and the bottom half wearing only knickers, hyperventilating and wailing with fear at the prospect of going to meet a few people at the local pub. I mean, it’s hard to not view that as a step in the wrong direction. I guess with all the trust I place in my own brain and body, it does occasionally malfunction.

And so that brings me to the present day in January 2015, and I am starting again. I haven’t found my happy place yet so I am jacking it all in and starting again -again.

With PTSD, you are trying to find a constant level of contentment and stability in a world which spins at 1675 km/h, and in a life where circumstances are completely unpredictable. I know I am in this for the long haul, because I will never forget what happened that night.

I suppose what I am trying to say is that there is no quick fix or easy route to recovering from rape. There are millions of people who are living with this, walking with this, breathing with this, sleeping with this, surviving with this. We cannot go back to how it used to be and so we must search until we find a way to co-exist with our darkest memories.

As Mark Twain once wrote: ‘Courage is the mastery of fear’.

Read follow up blog: An ode to the trigger warning